The Tower House. Down a secluded path, hidden by overgrown vines, the crumbling villa echoes with memories. Of the family who laughed and sang there, until the Nazis tore them from their home. And of the next woman to walk its empty rooms, whose courage in the face of evil could alter the course of history…

Germany 1940. As secretary to the leader of the SS, Magda spends her days sending party invitations to high-ranking Nazis, and her evenings distributing pamphlets for the resistance. But Magda is leading a dangerous double life, smuggling secrets out of the office. It’s a deadly game, and eventual exposure is a certainty, but Magda is driven by a need to keep the man she secretly loves safe as he fights against the Nazis…

Forty years later. Nina’s heart pounds as she steps into an uncertain future carrying a forged passport, a few bank notes, and a scribbled address for The Tower House taken from an intricate drawing she found hidden in her grandmother’s wardrobe. Separated from her family and betrayed by her country, Nina’s last hope is to trace her family’s history in the ruins of the past her grandmother ran from. But, when she finally finds the abandoned house, she opens the door to a forgotten story, and to secrets which will change everything: past, present, and future…​

A haunting and poignant novel about bravery, loss and redemption during the second World War. A beautiful read for fans of The Tattooist of Auschwitz, We Were the Lucky Ones and The Alice Network.

IN BOTH PAPERBACK & E-BOOK FORMAT 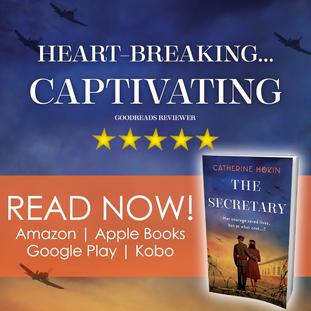 A novel that will take you on a journey through Berlin from the SS to the Stasi... 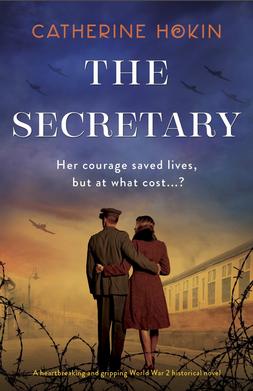 ⭐⭐⭐⭐⭐ 'a harrowing account of the horrors of the war, of resistance, of bonds forged by an united aim of equality and humanity, of revenge, jealousy, love and companionship, of dark pasts and truths lurking just behind the shadows... I loved the writing, the plot and the setting... It is a book that should be passed down generations.'
​​
⭐⭐⭐⭐⭐ 'A treasure of a read, an informative one and one to capture the imagination.'

​⭐⭐⭐⭐⭐ 'Hokin has a gift for descriptive writing. She’s dialled into the 5 senses in her writing and that’s what makes this book come alive.' 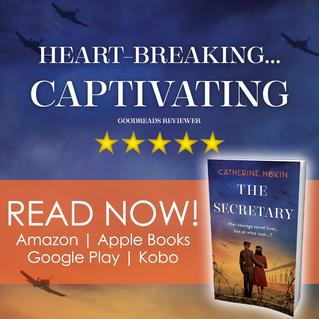 TO READ AN EXCLUSIVE EXTRACT IN HISTORIA MAGAZINE, CLICK HERE

AVAILABLE TO PURCHASE ON AUDIBLE FROM: