WHAT ONLY WE KNOW

⭐⭐⭐⭐⭐ ‘When tears are not enough to heal a shattered heart. Those that follow must pay the price, A tragic story that leaves you with a heartfelt grief for those broken by war.’

⭐⭐⭐⭐⭐ ‘a wonderfully,heartbreaking story of life,love and above all survival,a truly emotional book and very hard to put down.’ 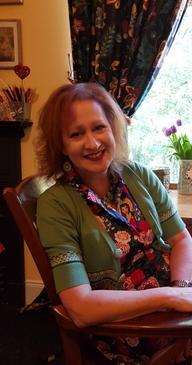 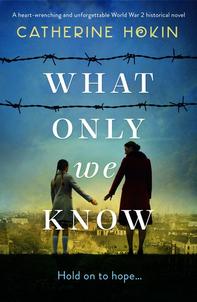 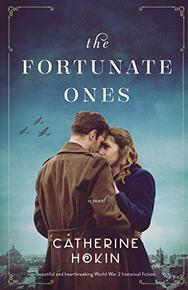 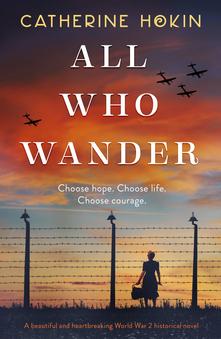 ⭐⭐⭐⭐⭐ ‘Contained within a richly detailed narrative was a story that spoke of prevalence of the human spirit, both resilient and beatific, bowed but never broken by the unfathomable horrors of war. Captivating. Sobering. Unflinching. 5+ stars.’

⭐⭐⭐⭐⭐ ‘Heartbreaking... I cried many, many times…This story showed just how important hope can be.... The historical detail Hokin poured into this book through her research was simply phenomenal. The Fortunate Ones is a must-read.’

Berlin, 1934. Anna Tiegel stumbles from her boyfriend Eddy’s now-deserted apartment. Her final hope of escape from the danger she stumbled into when she tried to rescue her best friend Marika from the attentions of the new Nazi Minister of Propaganda has vanished, and now, alone and pregnant, the future feels terrifying. Her only thought is to protect the life inside her.

Rhode Island, 1957. Peggy Bailey stares in shock at the faded photograph of two laughing women which her beloved adoptive mother struggled to pass on to her before she died. As Peggy continues to look at it, she realises that she has seen one of the girls before, in the most unlikely of places… Bursting at the realisation, she embarks on a mission which takes her across America to find the truth behind her heritage. Nothing, however, could prepare her for the tragic story her actions uncover…
​

Glasgow, studied history in what feels like the medieval period at Manchester University & has 2 children who have finally left her to get on with her writing.

As well as one previous novel, she has had a number of short stories published magazines and anthologies, including Mslexia, iScot  & Writer's Forum. She was the winner of the 2019 Flash 500 Short Story Prize.

​Catherine is represented for her historical fiction novels